The South African Institute of Physics (SAIP) is a non-profit, voluntary and professional physics society that was established in 1955.  In order to implement its Vision of being The voice of physics in South Africa, SAIP implements several projects through generous support from stakeholders in the form of grants, donations and partnerships.

As physics is a basic science crucial to the development of a knowledge-based economy, and acts as a lead science with the fundamental physics research of today becoming the technology of tomorrow, the SAIP performs the pivotal role of coordinating the network of physicists and promoting the study and applications of physics. It also promotes physics research collaborations, advises the government on science policy, monitors the quality standards of physics training and fosters the growth of physics in South Africa. Thus, the SAIP ensures that South Africa maintains a robust physics environment capable of supporting a knowledge-based economy. It does this via a number of programmes and projects.

The SAIP’s current strategic focus is on improving the education pipeline through projects such as:

All Science Engineering and Technology (SET) professionals such as engineers, biomedical scientists, medical professionals and computer scientists require physics skills. Hence, if South Africa needs to grow the pool of SET manpower we need to develop a big pool of high school learners with a background in physics in order to prepare them for further studies in various science, engineering and technology disciplines. The best way to develop this pool is through empowering teachers, this will have a big multiplier effect.

Improving the skills for teachers in Mathematics and Physical Sciences will contribute to better teaching skills leading to high pass rates in sciences and an increase in Human Capital with Science, Engineering and Technology (SET) skills required for key global science projects such as the Square Kilometre Array (SKA). Since 2013, the SAIP in collaboration with partners such as the Institute of Physics UK, The British High Commission and University of Johannesburg have been involved in a Science Teacher Development project at the UJ Soweto Science.

The SAIP has worked with the Department of Science and Technology (DST) as its anchor supporter over many years. (Link)

SAIP has worked with the Vhembe District in Limpopo Province on Teacher Development Programme. (Link)

How to Donate & Partner 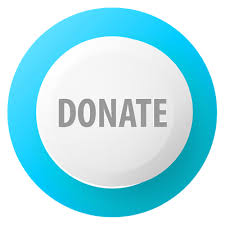